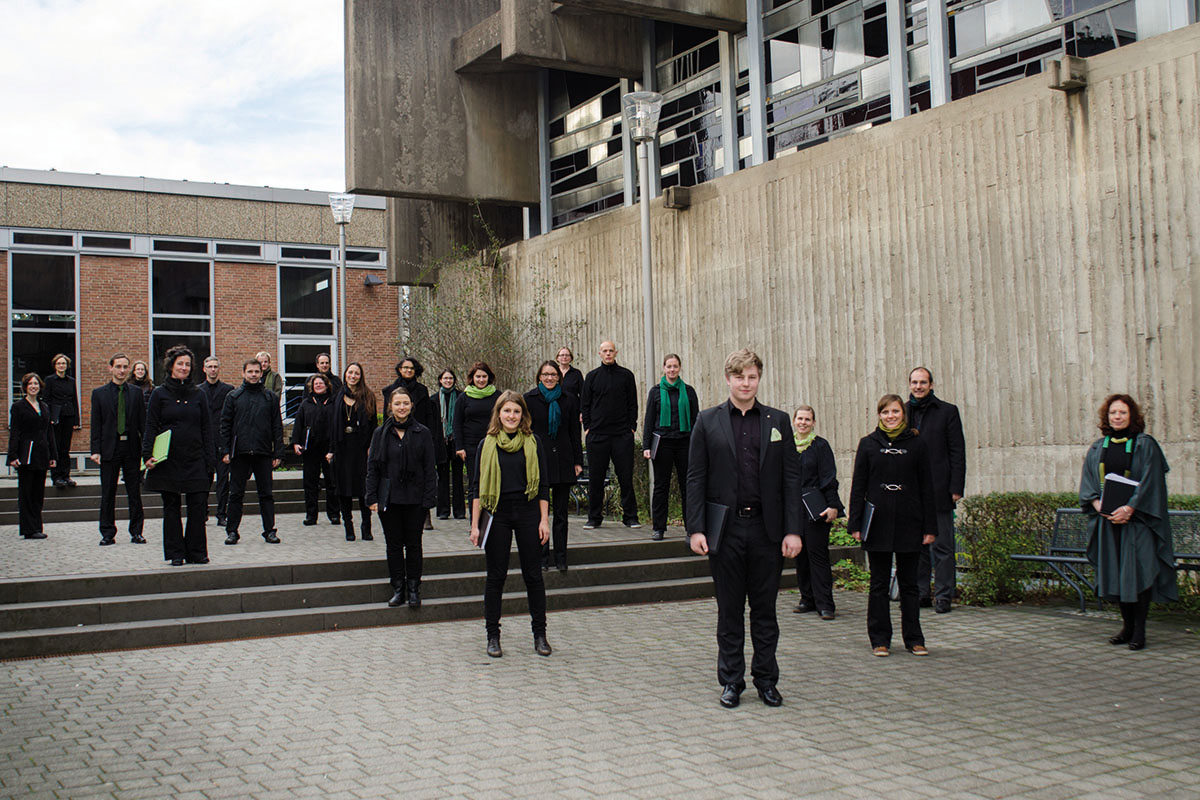 We at fiat ars are committed to CASA HOGAR because we know about our privileged position as choristers in Central Europe. Through CASA HOGAR we have the opportunity to contribute to a very concrete, good cause with our very own means, namely choral singing.

The Cologne choir ensemble fiat ars was founded in 2006 by Jonas Dickopf, who is also a member of the CASA HOGAR team, and has been directed by him since then. Today fiat ars is considered one of the best choir ensembles in the Rhineland. The equally astute and fearless programs that Jonas Dickopf creates together with fiat ars and its highest standards of tonal quality, make the ensemble one of the most interesting hosts of sacred choral concerts within the (highly competitive) music scene of Cologne.

Since its foundation in 2006, the choir has developed a considerably broad repertoire of sacred choral music from all epochs (with a certain emphasis on contemporary compositions). Concert tours have so far taken fiat ars to Mainz, Metz, Kehl, Saarbrücken and Worms (2012), to the Netherlands (2013), to Hamburg and Lübeck (2015), Bavarian (2017) and England (Liverpool, Sheffield, Nottingham, 2019).

In Cologne and the surrounding area, fiat ars can regularly be heard with full-length concert programs and in masses or other liturgies – in the cathedral, in the twelve Romanesque churches as well as in suburban parishes, and of course “at home” in the Church of John XXIII, the Church of the Catholic University Parish of Cologne.

has conducted fiat ars since the choir’s foundation.

Born in 1982 into a family with an affinity for music, he studied philosophy and German language and literature in Bonn and Cologne. He completed his C-education in church music (“subarea qualification in choir conducting”) in the Archdiocese of Cologne. His teachers Erik Sohn and Boleslav Martfeld and his time as a boy in the Cologne Cathedral Choir under the direction of Prof. Eberhard Metternich have had a particularly strong musical influence on him.