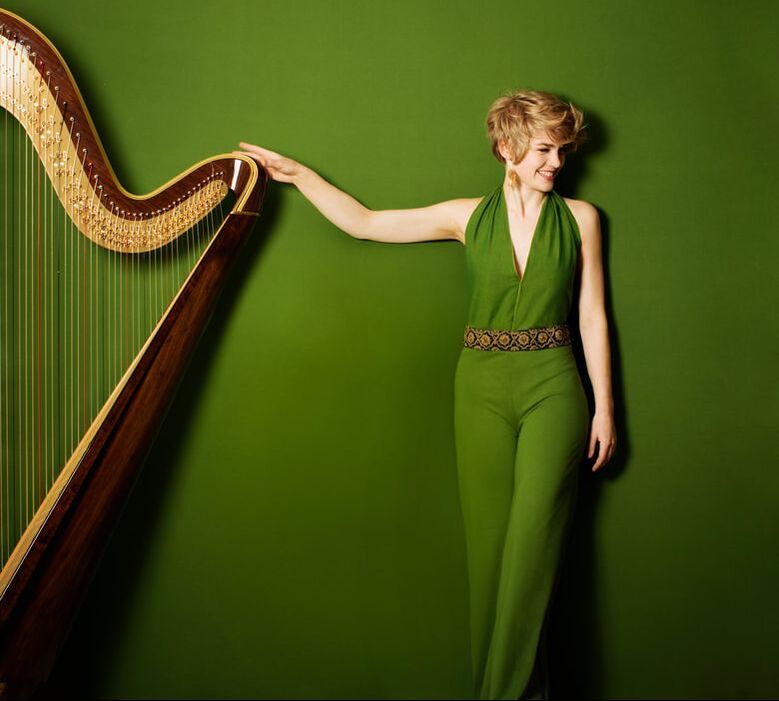 It was essentially two things that have made it possible for me to now lead the life I want to: my education and a place that I can still call “home” today. It is the goal of CASA HOGAR to give young girls just that: education and a “home”. That is to give not only them, but also the society in which they live, a new future. This matter is very close to my heart, and I would like to do everything possible to make it successful. Music is considered a language that penetrates deep into the heart, and so I hope to be able to open the ears and hearts of many people to the suffering that still exists in the Chocó – and to fight it.

Magdalena Hoffmann has been principal harpist in the Bavarian Radio Symphony Orchestra since 2018 and also teaches at the Tyrolean State Conservatory.

She previously spent four years in the Tyrolean Symphony Orchestra Innsbruck and also played with various other orchestras, including the Munich Philharmonic, the WDR Symphony Orchestra or the La Monnaie Brussels Symphony Orchestra. She studied in Düsseldorf, Munich and London with Fabiana Trani, Cristina Bianchi and Skaila Kanga and won numerous international prizes, including two special prizes at the renowned ARD competition in Munich in 2016. Master classes with F. Pierre, I. Moretti, A. Giles and others rounded off her training.

As a sought-after chamber musician and soloist, she has performed at various festivals (e.g. DAVOS FESTIVAL or Festival Alpenklassik) and given concerts with orchestras such as the Munich Chamber Orchestra or the Munich Symphony Orchestra. She also performs with renowned musicians such as Karl-Heinz Schütz, Andrea Lieberknecht or Aleksey Igudesman.

With her choice of programmes, Magdalena not only constantly expands the conventional harp repertoire, but also always works on artistically interdisciplinary concepts; in 2014 she performed her theatre concert “ODYSSEE on 47 strings” for the first time at the HarpMasters Festival in Switzerland. She is also artistically creative outside of music; in 2017 she contributed lyrics and illustrations to Aleksey Igudesman’s album “Funny Animals”, published by Universal Editions.