CASA HOGAR is primarily about the people in Chocó, Colombia, especially the girls in Istmina. However, as we invest time, energy, ideas – in short: parts of our lives and our personality – we become involved ourselves. We approach the people around us and ask them for support and donations for CASA HOGAR. As such, we also make a public impact in Germany. Therefore, we lay great importance on working in a meaningful, i.e. both pragmatic and ethically justainable way with our Colombian partners and with each other. It is crucial for us to constantly reexamine our role here in Germany and act accordingly.

An important tool for an enlightened understanding of our role are theoretical considerations that can be entitled “white charity”.

White Charity is a trend of postcolonial theories and “critical whiteness” research. “Critical whiteness” tries to make people aware of the mainly subliminal preconceptions and constructions of whiteness in our minds and the societal privileges resulting from it. White Charity deals with the portrayal of the countries of the “global south” (in our case Colombia) in the public eye of those countries that generate aid (i.e. Germany).

For the most part, these are very basic deconstructionist considerations:

The categories “black” or “people of color” do not exist in and of themselves, but only in distinction to “being white”. Yet, this is not named as such. Whites are often not aware of their ethnicity and define themselves as “people”, from whom the others differ in their skin color. “White” is the norm, “not white” the deviation – without this being said explicitly, precisely because it is so deeply woven into our traditional ways of thinking. As primordial and comprehensible as it is to understand oneself (consciously or unconsciously) as the norm, it is at the same time difficult when “the normal” is not thought of as “one normal among many normals”, but as “the right” in contrast to “the wrong”. It is even more problematic if negative connotations are added to “the others”, which happens almost inevitably. This white European ethnocentrism ties in with the history of colonialism with its devastating consequences worldwide and its racist patterns of thought, which are still partially preserved in a hidden or a more open form.

How and where does this happen?

We predominantly encounter countries of the “global South”, such as Colombia, in the media. We see pictures of people living in the global South amongst advertisement of products, articles about politics and entertainment.

If you take a closer look at public advertisement you will find a dominating portrayal of white people. Product ads make use of the mechanism that we identify with the familiar which in return also strengthens and consolidates this mechanism of identification. By contrast, people of other skin colors rarely appear in public ads and if they do they are commonly placed in ads for charity organizations which aim at eliciting an emotional response of the viewer that ultimately stimulates the willingness to donate. The desired involvement of the viewer is not identification with the people in the ad, but rather empathy. Living conditions are often exaggerated and countries of the global South generally portrayed as poor, dependent, underdeveloped and in need. We see pictures of primitive agriculture, pitiful houses, tattered clothing – circumstances we would perceive as “authentically poor”. We see a young girl looking at us from below with big eyes and read the caption: “Become a sponsor!”

Our implicit assumption that the reason for their need for help is not their socio-economic situation or their global economic circumstances in relation to our wealth, but rather their blackness. Portrayals of such have a subtle, yet in the sum very powerful and enduring effect on our society.

But there’s more to it: long since, not all recipients of such advertisements in Germany are automatically white. What kind of role models and what kind of self-conception do we suggest to non-white fellow citizens when our product ads aim at the identification of the viewer with being white and our charitable ads aim at distinguishing the viewer from being non-white?

So what does this mean for us?

We seek a responsible handling of our role and the pictures we generate from Colombia. Making the society in Chocó more just cannot happen without a certain responsibility in Germany. We cannot criticize machismo and mistreating women and at the same time remain stuck in colonialistic patterns of thinking. 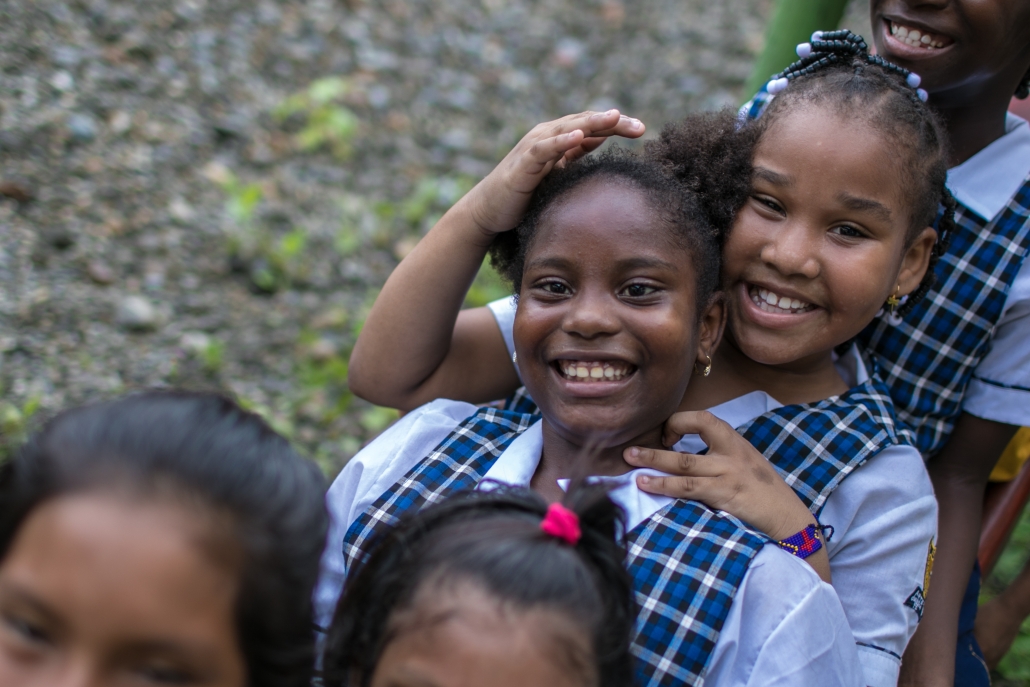 Of course, we are in a sense limited to seeing the world of our Colombian partners with our set of eyes and judging their actions with our set of standards. We cannot avoid such “ethnocentrism”. But what we can do is, in the sense of positionality, try to become aware of our backgrounds and understand why we see the things the way we do. It is a challenge that we can only partially meet – at least for the time being. That advertisement using imagery thought to elicit empathy is highly effective unfortunately is a persuasive argument for the continued use of such.

We try to use our imagery with awareness and conscientiously and phrase our objectives with care. Thereby we don’t want to embellish or tone down the local circumstances in Colombia. If everything was in order in Chocó we wouldn’t have gotten involved. A collaboration with our partners in Colombia on an equal footing is of great importance to us. We want to avoid generating and sustaining a form of dependence. Above all, we are committed to help realize the visions of the people living in Chocó that are first-hand standing up for a positive societal development.