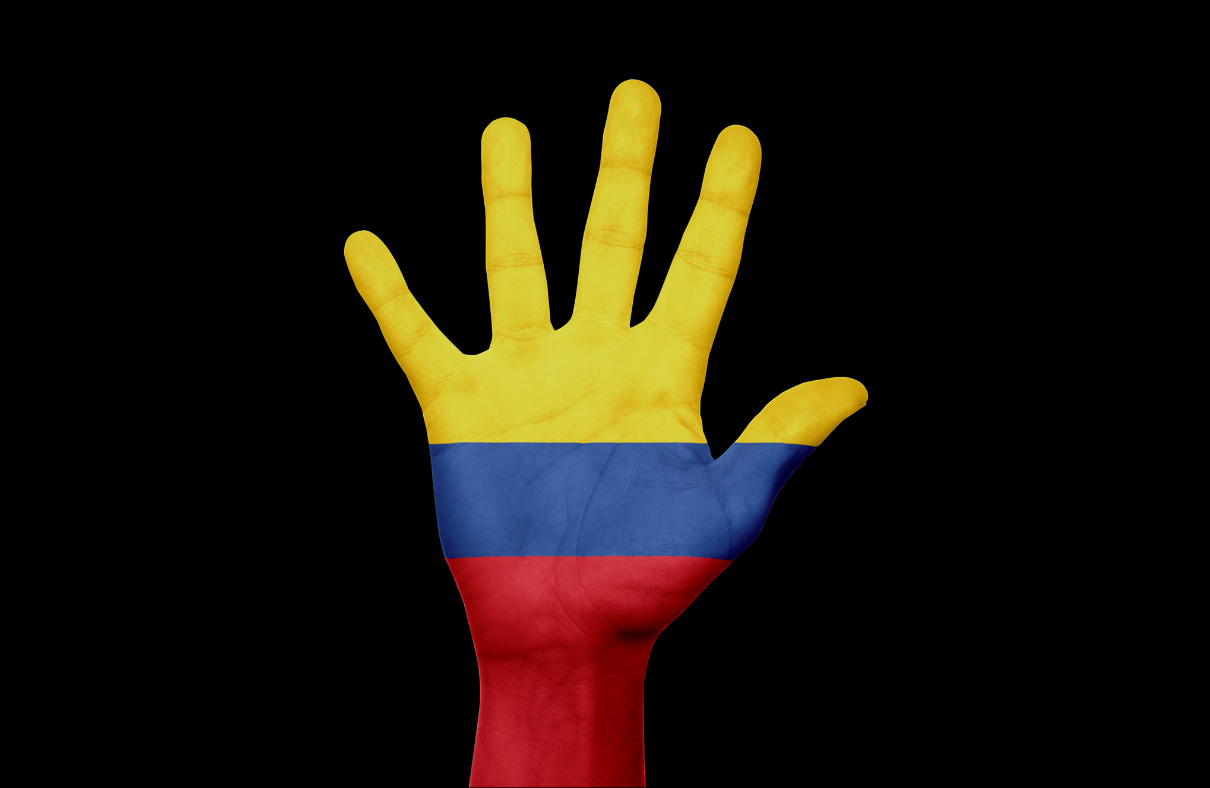 For several weeks, there have been protests and marches by citizens in Colombia, which are also supported by Colombians in other parts of the world. The protests, part of a national strike, were initially directed against a planned tax and health reform that would have had a negative impact on the population.

Although the government has since refrained from implementing the reforms, the citizens are still on the streets demonstrating their rejection. Among other things, they are protesting against the high number of murders of social leaders (more than 1,190 human rights defenders have been murdered so far since the peace agreement in October 2016), the human rights violations that are more evident today than ever before, the great corruption that prevails in the country, the poverty and inequality, to name just a few reasons.

Linked to the current protests, the population is also affected by police abuse. These include sexual offences, censorship of freedom of expression in the media and social networks, obstruction of demonstrations and expression of dissent, cuts in public services, threats and abductions of those who lead social processes…. All this results in the violation of the human rights of many citizens.

By 15 June 2021, the organisation INDEPAZ reported 70 people killed during the protests, 46 of them presumably by state organs, over 100 others arrested with police arbitrariness, 25 cases of sexual violence, 539 disappearances, 73 victims with eye injuries and 1,133 attacks by the police.

In the context of serious human rights violations in Colombia, civil society organisations and projects that seek to have a positive impact on society have a vital role to play. This is because they seek solutions to protect the lives of the population by developing networks and strengthening their rights.

CASA HOGAR stands up for human rights and their defenders

At CASA HOGAR, we support the defence of human rights not only in the face of the current situation in Colombia, but also on a permanent basis and especially in the Chocó – a region that has historically suffered particularly from armed conflict and where social leaders are threatened by the exercise of their activities.

For example, 150 social leaders from 30 civil society organisations are currently learning strategies for self-help and community assistance in dangerous situations in our project “Protecting Lives to Save Lives”, which is subsidised by the German Federal Foreign Office. The role of women as agents of community change also stands out.

More information about this project can be found here.

For Children’s Day: The 10 Rights of the Child

“Blue Miracle”: What does the Netflix film have to do with CASA...
Scroll to top