Twelve girls of indigenous and Afro-Colombian origin from remote communities are currently being cared for at the “CASA HOGAR Niña María” residence in the city of Istmina. Two of them are Shirley and Yesenia, who have been scholarship holders of the “IniTeilen funding program” since 2020. The annual scholarships cover the cost of dormitory accommodation, food, clothing, school supplies and recreational activities for the two students.

Shirley is from the Wounaan ethnic group, and her community is roughly eleven hours by boat from Istmina. When she first came to the dormitory, she was very shy and only spoke her indigenous language and not a word of Spanish. Now Shirley is 17 and in ninth grade. Not only has she rapidly improved her Spanish, but she is also very ambitious in her school subjects. Her favorite subject is biology, which she would like to study later.

Yesenia belongs to the Embera ethnic group, and it takes nine hours to get from her community to the city by foot, boat and car. Yesenia is very bright and loves soccer. She is 12 years old and currently attends sixth grade. Yesenia is one of the best in her class, learns very quickly and solves problems with ease. Her dream is to eventually open up a veterinary practice.

We would like to express our sincere thanks – also on behalf of Shirley and Yesenia – for the valuable support of “Initiative Teilen im Cusanunswerk” for our project. 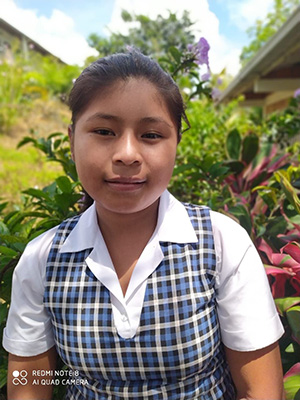 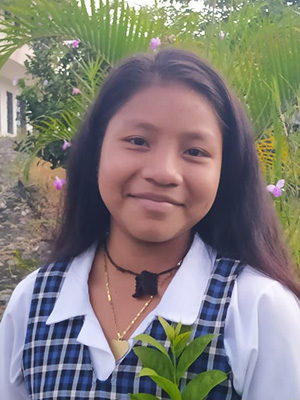