Food parcels for needy families in the lockdown

84% of the population in Chocó works in the informal sector and most of them live from hand to mouth. The measures to contain the virus have not only more than doubled food prices in some places, but they have also meant that all the people in the informal sector are no longer allowed to cook for others on the streets, sell fruit, repair shoes, drive taxis, …. Savings, health or unemployment insurance are missing. Single mothers, who make up 40% in the Chocó, were particularly affected by financial losses. They are not only responsible for their children, but also have to take care of older family members. For them, a day without income means a day without food – for the whole family.

As a reaction to the fundamental crisis, we realised a feeding programme for affected families in a short time in close cooperation of all CASA HOGAR teams in Chocó, Cali and Germany.

The primary target group was single mothers. However, the project also benefited members of at-risk groups, such as senior citizens or family members of people with pre-existing conditions, as well as people in general who were unable to work due to the pandemic and who did not receive any government assistance. The families live in Istmina and in remote rural areas. In rural areas, the need is exacerbated in that there is always a temporary lack of public transport links with the city and at the same time no relief supplies reach them. In these communities, thanks to donations, we were able to distribute a total of 340 food parcels, reaching about 1,700 people as direct beneficiaries.

The “Cabeza de Hogar” project was managed by our project partner Fundación CASA HOGAR Istmina and implemented in close cooperation with local volunteers and authorities. This ensured that the aid packages really reached those who could not be reached through any other channels. 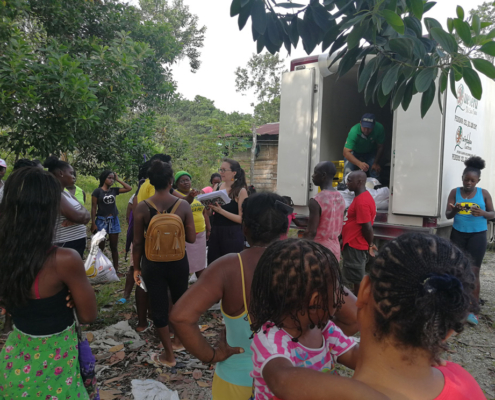 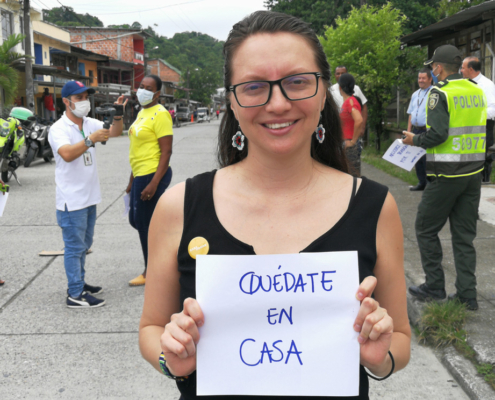