The Situation in Chocó

The Chocó department in Colombia is marked by poverty despite large gold deposits. Women in particular suffer from the patriarchal and brutalized conditions of society, becoming victims of sexualized violence and structural injustice. Education can be a way out, but access to it is fraught with dramatic difficulties for girls.

The Chocó is one of the 32 departamentos (= political administrative regions) of Colombia, and is located in the Northwest, at the border to Panama. Its size (46.530 km²) is comparable to Lower Saxony. However, with about 440,000 inhabitants and consequently a population density of 10 inhabitants per square kilometer, Chocó is extremely sparsely populated (Lower Saxony: 164 inhabitants per square kilometer). The descendants of African slaves from colonial times make up the largest part of the Chocó’s population: A good 80 % of the population is of Afro-Columbian descent; about 10 % belong to the indigenous population, and about 5 % are white or mestizo.

Economically, the so-called “primary sector“ is of major importance: forestry, fishing, mining and agriculture are the main occupational areas, wood and in particular gold are the main sources of income.

Especially against the background of the enormous gold deposits the dire poverty of the population in Chocó seems paradoxical. An explanation for this paradox can be found in the legal situation regulations: The mining rights are reserved exclusively for large corporations while gold mining is prohibited for everyone else. The fact that the majority of the population in Chocó nonetheless makes a living from illegal gold digging results in enormous profits especially for trade intermediaries. Quite often guerrilla groups like the FARC (Fuerzas Armadas Colombian Revolutionary) or the ELN (National Liberation Army) finance their organizations through the earnings of those underground activities.

The Chocó was a pawn in the armed conflict between various guerrilla groups and the Colombian state which lasted a good 50 years. Civil war and everyday violence prevented the establishment of reliable livelihoods, any sustainable development of the economy and infrastructure, and above all permanently eroded the foundations for a functioning society. Even after the signing of the peace treaty between FARC and President Santos, this is still clearly noticeable. Women in particular suffer from the patriarchal and brutalized living conditions in society. They systematically become victims of sexualized violence and structural injustice.

Aid organizations are still hardly present in-situ due to the disastrous security situation. The Catholic Church is one of the few functioning organizations in the Chocó and is recognized by all parties due to its neutrality. It has been trying for years to help the people of Chocó regardless of their ancestry and religious affiliation 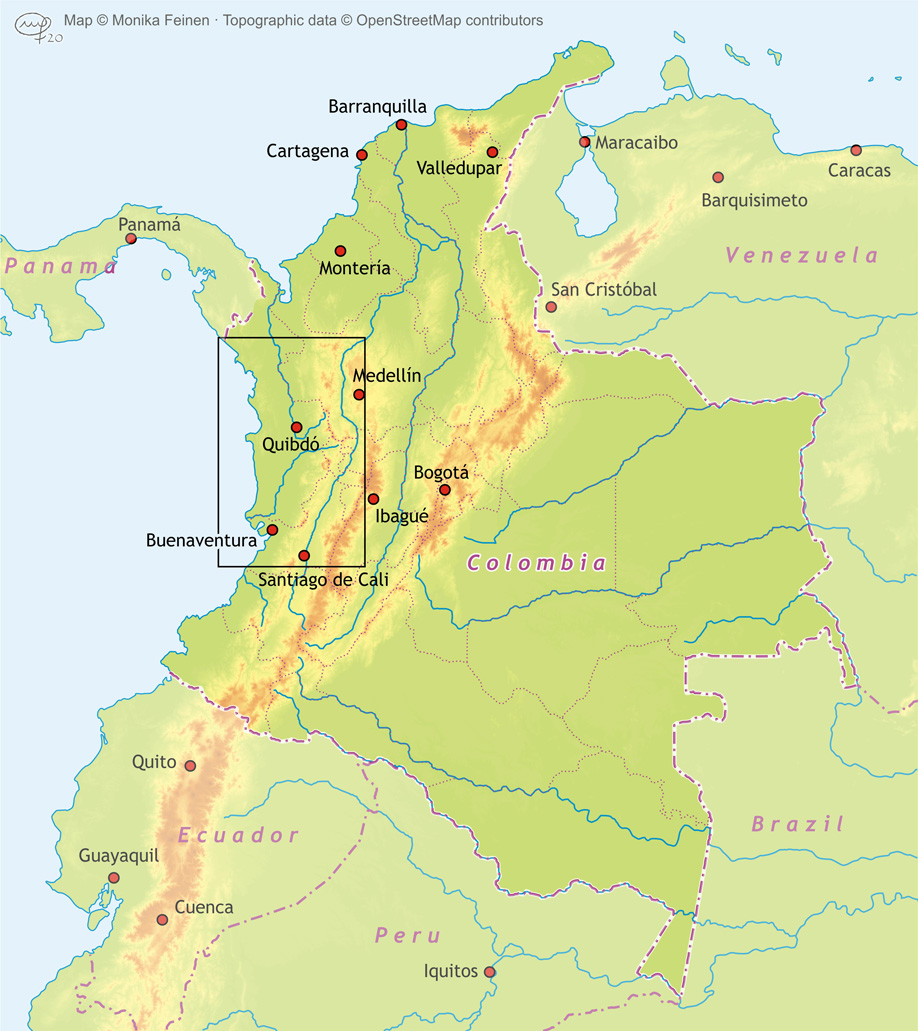 Map of Colombia. The frame shows the section of the map below. 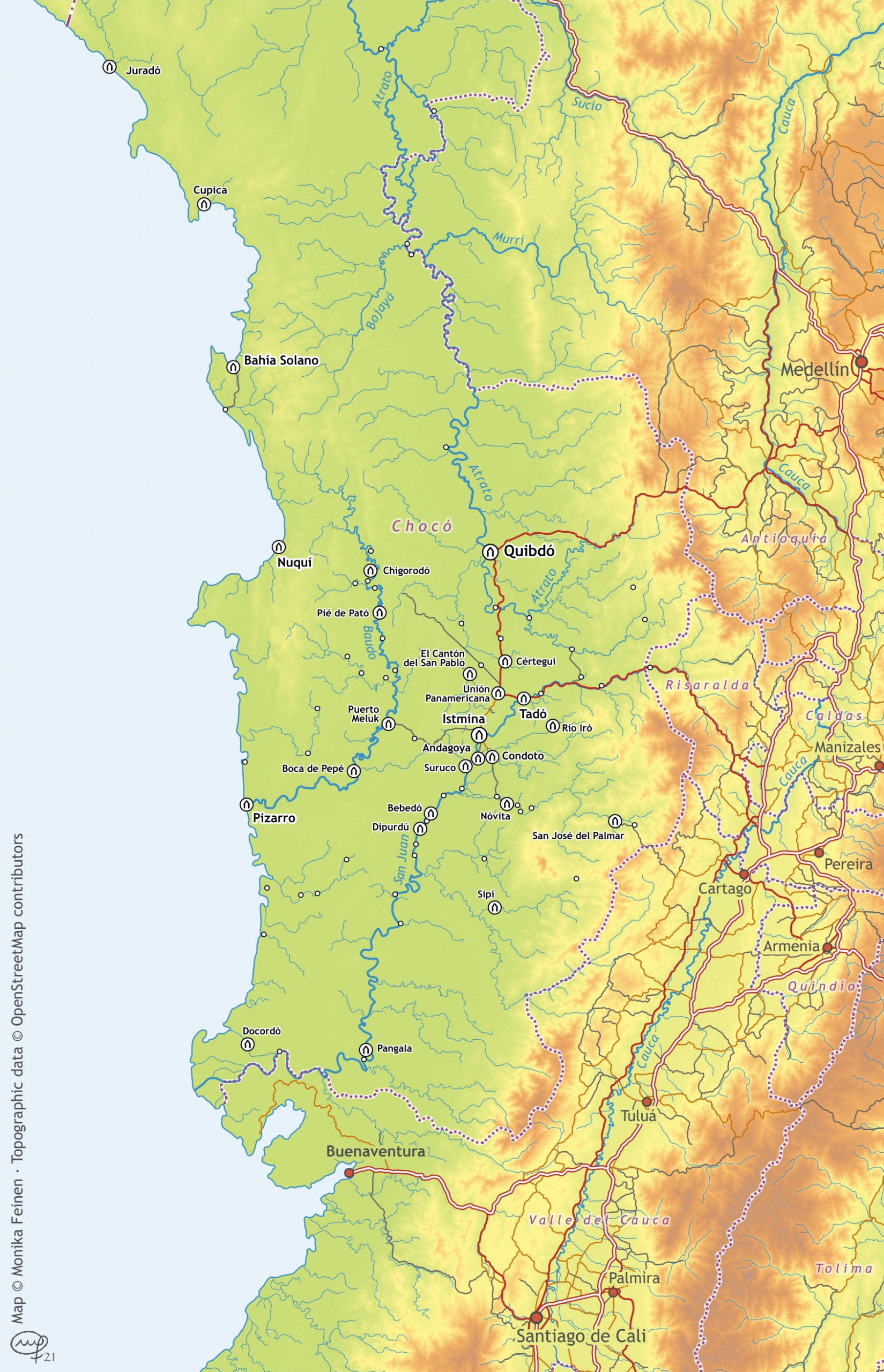 Map of southern Chocó with the location of the CASA HOGAR projects. It is remarkable how in this region the rivers replace the road network.