The exchange brought the residents of “Casa Hogar Niña María” and the students of the Colegio Ferván Campestre near Bogotá closer together. Through Skype conversations, they learned about the different life situations and yet similar life dreams in their common home country and thus became ambassadors for their region.

Within Colombia, the living conditions in Chocó and the living conditions in Bogotá could not be more different: The Chocó with illegal groups, and brutal expulsions and bloody conflicts, the modern capital of businessmen with increasing security and flourishing cultural scene. However, not only is the Chocó isolated from the rest of the country because of the insecure and explosive situation, but it is also geographically difficult to reach in practice. Thus, neither for the inhabitants of the Chocó the life in the capital Bogotá, nor for the capitals the life in the Chocó is really imaginable. 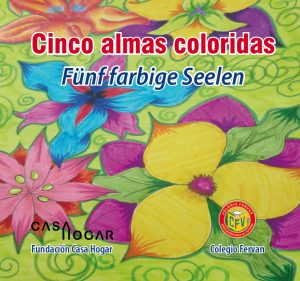 They recorded their ideas, visions and dreams in a story they wrote together („Un cuento viajero“), part of which was written by students of the Colegio Ferván and another part by the residents of the Casa Hogar Niña María residence. In this way, the young people should begin the path to peace together.

In this way, the young people should begin the path to peace together.