[vc_row][vc_column][vc_column_text]Where in Istmina are drugs sold? Which streets should young girls avoid because paramilitaries or criminals are on the move? And what can the girls do if they are physically threatened or sexually exploited? These are fierce, terrible and sometimes devastating questions that preoccupied the 100 girls aged between six and 17 who took part in our “Apoyo psicosocial” project. But exactly those questions correspond to the reality of the girls’ lives.

Within the framework of our project “Apoyo psicosocial”, one hundred girls from Istmina spent a year exchanging information about everyday threats such as crime, drug use and sexual abuse – under the guidance of educators.

The project was carried out by the diocese of Istmina-Tadó and supported by CASA HOGAR and the children’s missionary organisation “Die Sternsinger”. Together, 42,000 euros were raised for the project. The workshops with the children and young people ran for over a year and usually took place twice a week. The project was completed in July 2020. “The rush was so great that not all interested girls were able to participate,” says Laura Morales from CASA HOGAR. “We would therefore like to continue the project.”

The participating girls all live in economically disadvantaged districts of Istmina, which are overshadowed by crime. Many of them were driven out of their villages and ended up in Istmina. They met regularly in small groups to talk with teachers and social workers about the risks of their everyday life. Within the framework of the project, they worked out solutions to the threats in a playful way and strengthened their self-confidence by talking about values such as family, friendship or solidarity.

Laura Morales had the opportunity to participate in one of the workshops in Istmina. “The project was incredibly impressive for me,” she says. She was particularly affected by the fates of the girls: A 13-year-old girl reported that she was “provided with money” by a 30-year-old man. A 12-year-old girl tells that she is taken to parties until late at night because she could get 500,000 pesos (approx. 130 euros) for such a “bailadita”.

In the project the girls learn that it is not okay to be touched by men – and that they do not have to allow everything. In active exercises the teachers demonstrate to the girls which touches are okay for their age and which are not. They work out what other methods there are to earn money and what values are important for a happy life. They also get homework assignments so that they are kept busy outside the meetings and are less susceptible to offers that are not suitable for children. To make the project even more sustainable, the girls’ parents are also involved in the project.

“The girls feel strengthened by the project and have developed very positively,” says Laura Morales. The exercises, the exchange and the cohesion strengthened their self-confidence and gave them different perspectives for their everyday life and their future. “The girls would like to continue. In this way, not only they but also other children could benefit from the psychological care.” 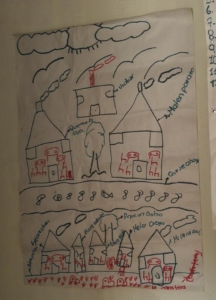 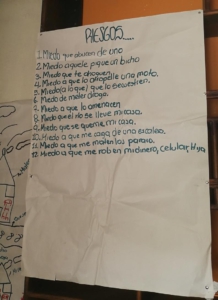