In Chocó for the first time 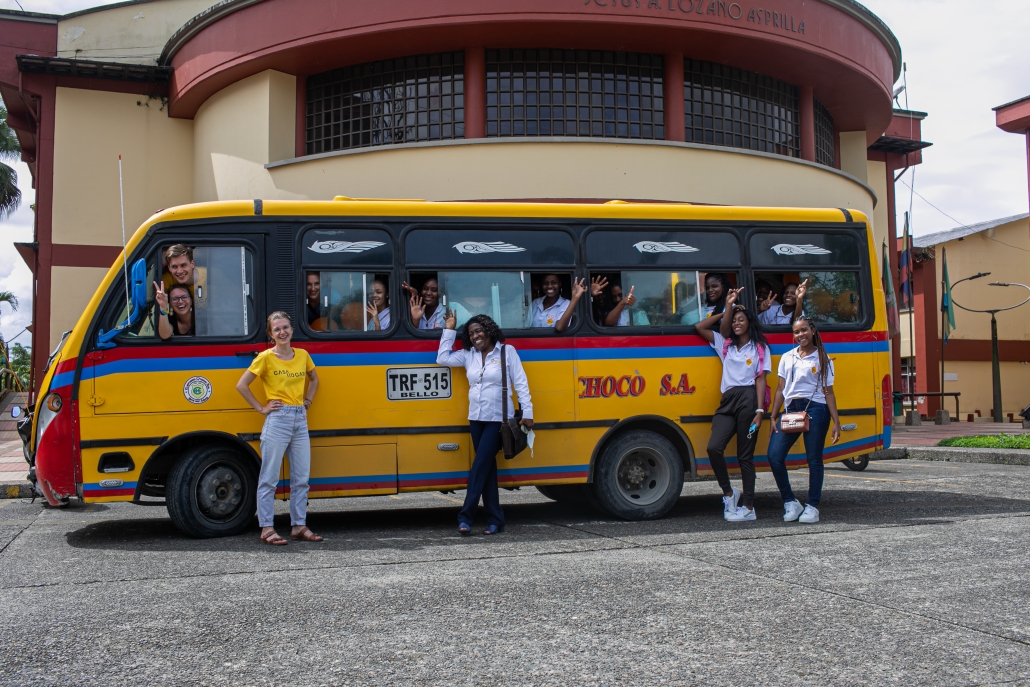 Georgia from the office and long-time volunteer Mirjam had known the Chocó and the projects of CASA HOGAR only from a distance. Now they have visited the Chocó for the first time – an unforgettable experience, which they report here.

Outside the airplane window we encounter endless green stretches with large and small rivers winding through them like water snakes. Upon landing, the humidity immediately surrounds us – welcome to the Chocó.

The climate and nature are two aspects that take our breath away again and again throughout the trip (sometimes literally). We sweat at every turn. Showering brings only a short cooling, because due to the high air humidity you never really dry – neither does the laundry. Between lots of sunshine there are many interludes of rain and thunderstorms beyond compare We have never experienced storms of such proximity and intensity in Germany. The thunder makes the whole house tremble and roar. What totally impresses us, the locals dismiss with a smile as a “passing cloud”. Real thunderstorms, on the other hand, can flood streets, tear off roofs and destroy entire villages. 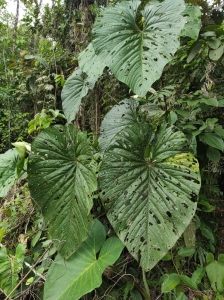 Nature is powerful – a fact we humans tend to forget and believe that we have long since subjugated it. In the Chocó this strength of nature is very present. It is reflected in the huge leaves and plants that glow in lush bright shades of green and other vibrant colors. A flora in superlatives. But you don’t have to be afraid of this nature, a padre explains to us, who regularly does bicycle tours of several days through the jungle – even with “passing clouds”. The rainforest, Mother Nature, is home, shelter and source of life. This life not only expresses itself in colors but also in all kinds of sounds: In the mornings we are woken by birds with strong voices (them too by far louder than their distant relatives in Germany); in the evenings we perceive chirps and gurgles through the glassless windows, mixed with people’s voices and sounds of music wafting to us from the small town of Istmina.

Nature also provides us with an incredible amount of fruit, which one can only dream of in Germany: Borojó, badea, lulo, Chocoan pineapple and papaya are pure pleasure as a snack or fresh juice. By the way, almost all of them are said to have aphrodisiac effects The water we drink, on the other hand, comes from store-bought plastic bags. Tap water is rainwater and must be boiled before drinking, as it contains germs. But boiling does not clean out the mercury that ends up in the rivers as a result of gold mining, so drinking this water is strongly discouraged. This leads to a paradox: Despite the abundance of water in the Chocó, there is a shortage of drinking water in the department. The contamination also concerns the air: the mototaxis and chochos (a.k.a. autorickshaws) are the main means of public transport in and between the towns, and their exhaust fumes are correspondingly omnipresent within the towns.

We are also incredibly impressed by the people we meet on the trip. Almost without exception, everyone is extremely friendly and welcomes us with open arms. 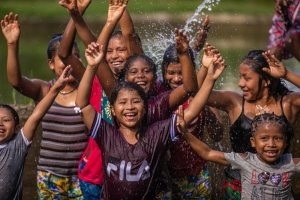 Especially the girls from the residence CASA HOGAR Nina María with their warmth and vitality immediately become dear to our hearts. We must not forget that they have also suffered some strokes of fate: Eleven-year-old Gloria* tells us that she lost her parents five years ago to the armed conflict raging in the region. Her closest relatives wanted to help her finish school, so Gloria came to CASA HOGAR. Seven-year-old Meli was abandoned by her mother. Her father being a violent alcoholic, she grew up with her grandmother. But her grandmother was unable to take sufficient care of the little girl, who became increasingly neglected, before the grandmother turned to CASA HOGAR in the hope of giving her granddaughter a better future. At the residential home the girls experience a protected, loving space where they can grow in many ways.

There is something quite amazing about the girls in the residence that may not be apparent at first glance: they get along excellently. Of course, small disputes are part of living together, but what works here is the coexistence of indigenous and Afro-Colombian women: They are friends who share their cultures with each other. And this is by no means a matter of course, as the sisters in charge tell us. Many indigenous parents are said to tell their daughters that Afro-Colombians have no soul. And this is just one of many mutual prejudices. The committed local volunteers also confirm that the intercultural coexistence of the population groups still hardly works out. The fact that it has succeeded in the dormitory is like a miracle of which the caregivers can be truly proud.

We learn how the girls have become more self-confident during their time at CASA HOGAR: Yanina and Alma, twelve, have seen their female relatives become victims of domestic violence in their indigenous home villages. They say they don’t want to become victims themselves and that school and university will help them avoid this fate. Yenny is now 18 and assumes a lot of responsibility towards the younger ones. When she visits her village her parents often try to persuade her to drink river water. She always refuses: “The water makes me sick.”. And against her father, who wanted to urge her to drink alcohol, she even went before the local council. The council ruled: Neither that father nor any other parent of the cabildo may force his children to drink alcohol.

This courage and willpower are impressive. We find these qualities in many of the Chocoan people who often work tirelessly for their community. On their own initiative (there is little support from the government) they bring about so much positive change:

There is COMULICHEM: a group of dedicated women who have set up a women’s shelter and converted a run-down, flooded building into a drop-in center, workshop and future restaurant – all on a volunteer basis. 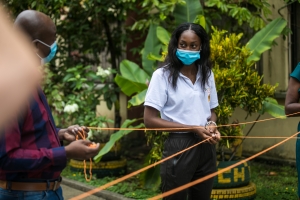 Maria Paula (ASOJUPAZ) created a soccer tournament for girls and young women in the region to keep them away from pervasive dangers and risks (alcohol, drugs, prostitution, premature motherhood) through sports. She initially financed the tournament largely herself, but also organized support from well-known soccer players and donations. It is now scheduled to take place for the fourth time.

And there’s Sally Asprilla who took early retirement for health reasons after more than 30 years of professional experience in the Chocó’s education sector – and won’t rest easy about continuing to work for the younger generations: She directs Fundación La Paz and has created together with CASA HOGAR the CASA HOGAR La Paz dormitory for female students.

These are just a few examples that show that the will and the (wo)manpower are there to bring about social change in Chocó. But what often lacks are financial means and/or administrative knowledge to implement the ideas. And it is exactly here where we can try and help with CASA HOGAR to make a real difference together with the Chocoan people.

With this encouraging realization, damp clothes and many warming memories in our luggage, we travel back to Germany.

Disclaimer: We, Georgia and Mirjam, were in the Chocó for only two (resp. one) weeks and mainly in Istmina, a few other villages in the San Juan region and Quibdó. The impressions are accordingly subjective and do not include, for example, the coastal region or the more remote rural communities.

* all girls’ names have been changed

“Blue Miracle”: What does the Netflix film have to do with CASA...